Veterinarians on the Cutting Edge of Equine Medicine

"I have used Qwick-AID® on a number of patients now and I am thoroughly impressed on how well it works. The first time I used it was during surgery. I had some bleeding that was deep in the laryngeal region and I could not get it to stop with compression and I could not find the bleeding vessel. We had just received a sample of Qwick-AID® and it said it would stop the bleeding so I used it along with compression and within a minute the bleeding had stopped. It was a treat to use something that was labeled as a "stop bleeding" product that actually worked. Since then I have started using it on several different wounds and incisions, each time it has far exceeded my expectations of a bandage.

I exclusively use it post surgically under a cast and for my first bandage after any leg surgeries. We did use non adherent pads and sulfadiazine cream but under the cast there was a lot of skin scurfing possibly from exudate and/or sweat that build up under the casts. When I use the Qwick-AID® bandage, I don't get any of those problems and the incisions look pristine. I use Qwick-AID® all most entirely for leg wounds espectially for the first bandage and as an emergency field bandage. I found that on high exudative wounds that we get less "strick through" then with other bandage material that I have used. Also when we get an old non-healing wound, I will use Qwick-AID® first before I start with any other therapies. Many of the non-healing wounds will heal very well with just Qwick-AID® applied. So far, I have been very impressed with Qwick-AID®. It says on the package that it is to be applied to the wound to stop bleeding but it should be labeled as a first bandage for emergencies, non-healing wounds and post surgerical bandages. I feel it is a well designed product."
-Scott Reiners, DVM, DACVS 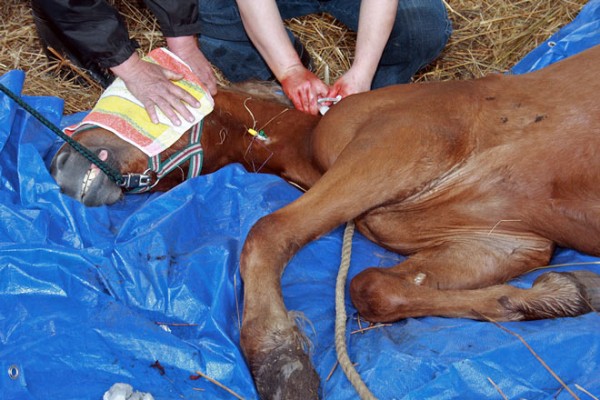 Qwick-AID is used effectively in: 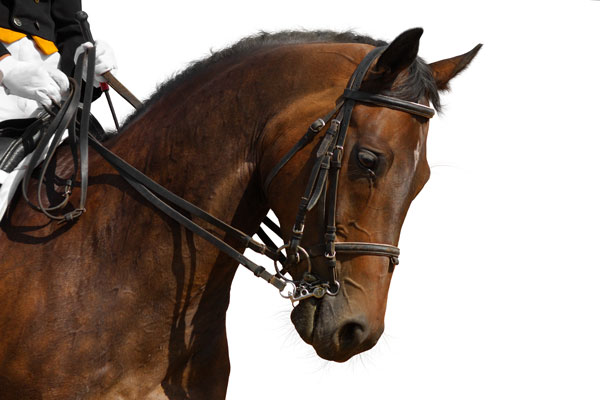 "Dear Qwick‐AID: I wanted to let you know how much I appreciate your product. I would have lost my horse without it.

Here is what happened: We brought our brood mares in from a large pasture to trim their feet. One mare was so lame she could hardly walk. Her left rear hoof had grown at an odd angle. When the farrier started to trim her hoof the frog was a dark and nasty spongy mass. As soon as he cut into it she started to bleed very badly.

We did every thing we could think of to stop the bleeding. The farrier took off his shirt to use as a compress to put pressure on the foot. This didn't help and the blood was flowing through the shirt. I ran to my truck to call the vet (who couldn't get there as he was on another emergency) when I saw the sample Qwick‐AID bandage that Gary Shrigley had given me at a Field Trial. I took it back and the farrier applied it and the bleeding slowed and shortly stopped. By the time the vet got to us he didn't have to do anything!

The Qwick‐AID bandage saved a very valuable horse for me. Thank you for this product. All horse owners should keep this in their emergency kits. In fact I now will keep one in my kit as we hunt; have dogs, and you never know when man or beast will get hurt.”